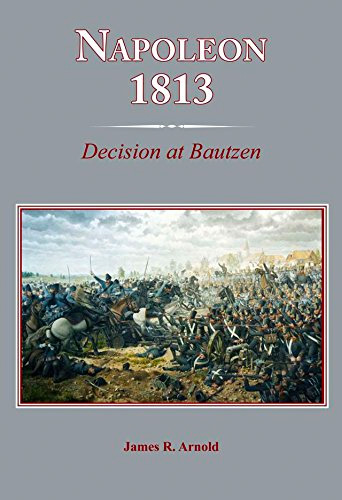 On June 22, 1812, 430,000 soldiers commanded by Emperor Napoleon I invaded Russia. Few doubted that this enormous force would topple the Russian empire. Among the dissenters were a determined group of Russians and Prussians whose hatred of the upstart ‘Corsican’ emperor knew few bounds. The fate of Europe trembled in the balance during the summer days of 1812. In an amazing reversal of fortune, Russia defeated the vaunted Grande Armée and sent the invading legions back where they had come from. The combination of terrible French logistical planning, weather, and an adamant foe destroyed the Grande Armée. Conditions became so bad that Napoleon abandoned his army to return to France.

Upon his arrival in Paris, the battle-fatigued emperor set about creating a new army. He exhibited his prodigious talents to build, seemingly from thin air, a force that outnumbered his foe. He drew upon France’s enormous patriotism to fill the ranks with young men willing to give their all to emulate the soldiers who had served before them. Even his allied states contributed thousands of fresh recruits. It was no fault of their own that they failed. Rather, their leaders were unequal to the task at hand. Meanwhile, their opponents, most importantly the Prussians, fought with splendid zeal to restore their tainted heritage.

Napoleon 1813 describes and explains Napoleon’s efforts to recover from the catastrophe of 1812. It dismisses many conventional myths regarding the spring campaign of 1813. Was Ney to blame for the campaign’s failure? What role did Napoleon’s lack of cavalry play? Did one of history’s ‘Great Captains’ have a realistic chance to preserve his reign? On the allied side, the role of Prussia is described, including the critical contribution of the much-scorned Prussian King Friedrich Wilhelm III. Blücher and the Prussian General Staff emerge with relentless determination to fight the French. Their distrust of the Russians and their own blunders threaten to unravel the Russo-Prussian alliance. At the heart of the allied effort is Tsar Alexander. His messianic vision to bring down the French emperor works at odds with his decision to usurp command of the allied armies from the military professionals. Throughout the story of the tumultuous spring days, Napoleon 1813 gives voice to the soldiers who participated in a campaign that proved Napoleon’s last, best chance to preserve his dynasty.

For the true buffs, we provide appendices complete with army composition and organization and orders of battle. From Appendix I. French Order of Battle: