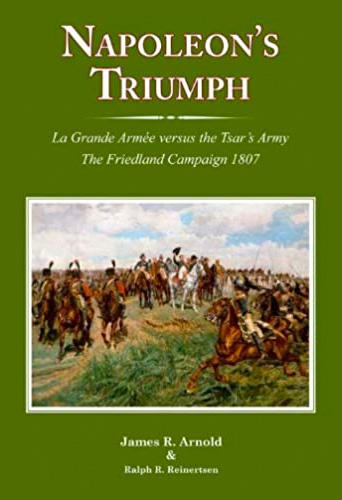 February 1807 found one of history’s foremost military geniuses, Napoleon Bonaparte, retreating with his battered army from the bloody, inconclusive Battle of Eylau. It was the first significant setback experienced by the Emperor Napoleon. The battle dimmed the aura of invincibility surrounding the emperor and his Grande Armée. For the first time in his career Napoleon had met a foe capable of resisting his sweeping strategic thrusts and tactical flourishes. For the Grande Armée, an uncertain future spent in Poland’s winter wastelands loomed.

Eylau emboldened Napoleon’s foes, most importantly Tsar Alexander and the commander of his field army, General Leontii Bennigsen. The tsar’s army issued from the fortress of Königsberg to drive the French west. His offensive gained territory until it encountered firm resistance that showed Napoleon’s veterans had not lost their fighting prowess. The exhausted armies entered winter quarters while the Russian tsar and French emperor summoned tens of thousands of fresh troops to the front. Simultaneously, Russia and Prussia dispatched envoys to their coalition partners in an effort to coordinate a series of strokes designed to topple the apparently faltering French emperor.

The allied combinations failed, their efforts thwarted by the inherent problems of coalition warfare. It was left to French and Russian soldiers to determine Europe’s fate. A ten-day span in June 1807 witnessed a fluid series of combats and battles culminating in Napoleon’s decisive triumph at the Battle of Friedland. Occurring a mere four months after Eylau, Friedland represented a stunning reversal of fortune. Then came Tilsit, where Napoleon masterfully dictated terms to the humbled king of Prussia and rearranged the map of Europe with his new ally, Tsar Alexander.

Using primary sources gleaned from libraries and archives in Europe and the United States, Napoleon’s Triumph describes Napoleon’s amazing reversal of fortune. It relates the winter battles that blunted the Russian offensive and then turns to the complex, dramatic Siege of Danzig. Renewed campaigning in the spring witnessed yet another surprise Russian offensive. But for the leadership of Marshal Michel Ney, Bennigsen would have removed a major French piece from the strategic chessboard. Instead came Napoleon’s counteroffensive leading to the Battle of Heilsberg, Napoleon’s least-understood major battle. The decisive triumph at Friedland occurred four days later, an encounter heretofore shrouded by biased interpretations, one designed to burnish Napoleon’s image, the other to explain away a bad Russian defeat.

Lavishly illustrated with portraits, drawings, paintings, and maps, and supplemented with detailed appendices on the strengths and composition of the rival forces, Napoleon’s Triumph provides an original interpretation of the 1807 campaign.

440 pages with detailed orders of battle, images, and 39 maps 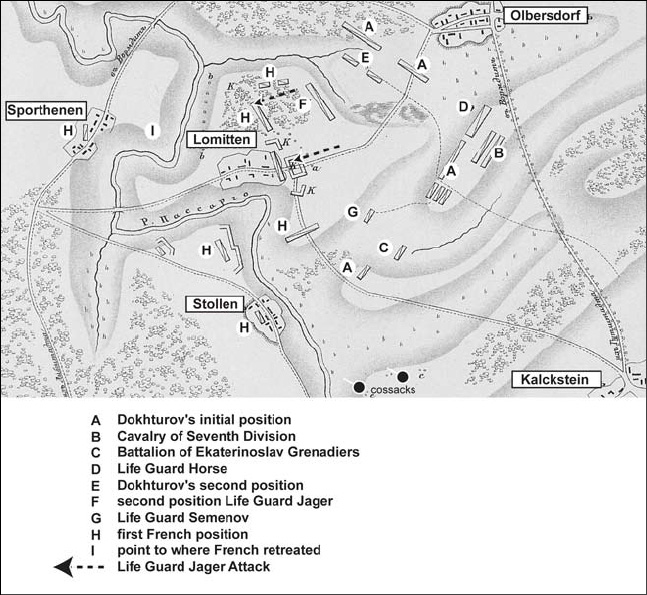